Understanding groundwater issues in the NCT of Delhi, India 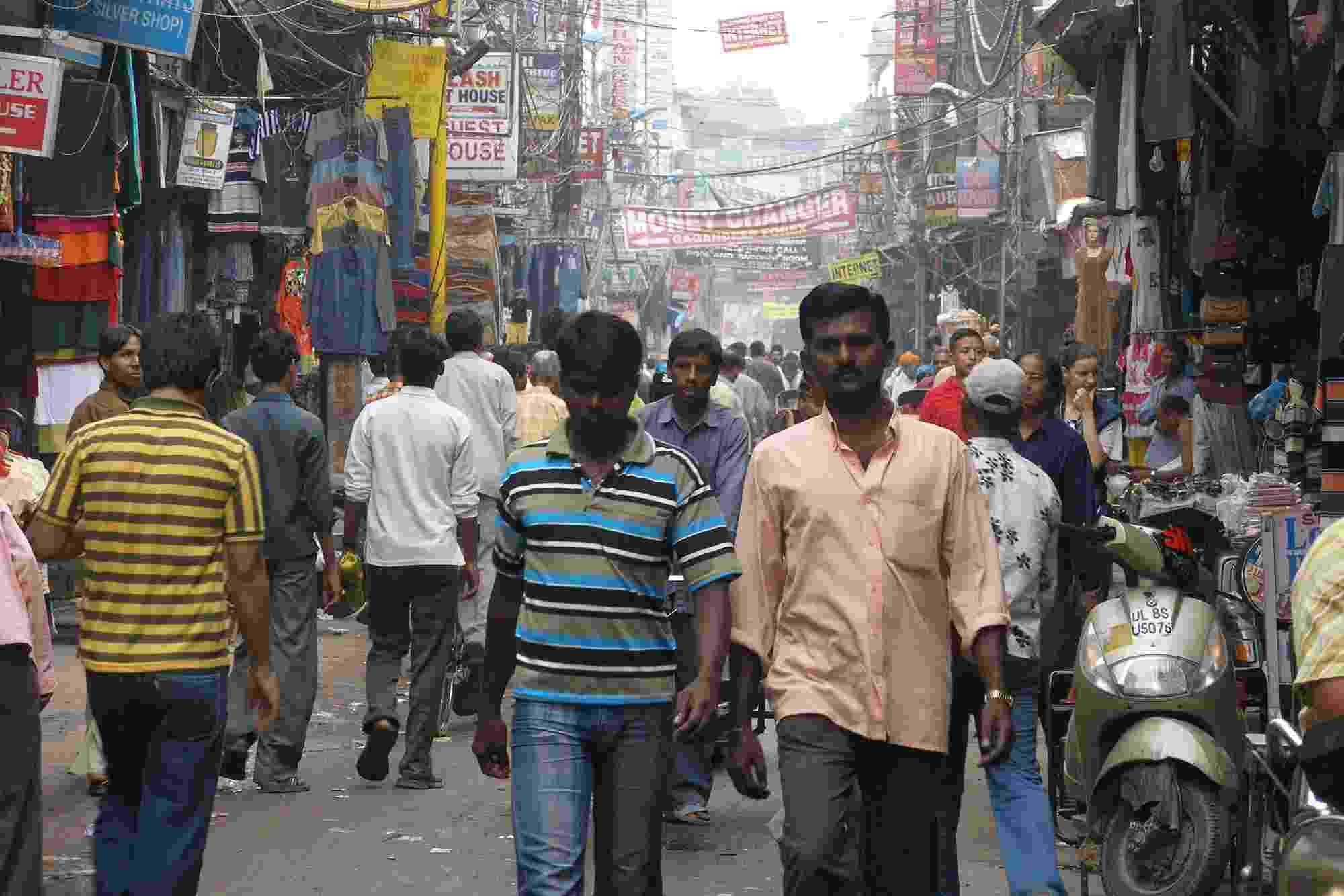 Groundwater is a crucial resource for India's agriculture, industry, and drinking water security. If sustainably managed, groundwater could help solve India’s growing water crisis; however, over-exploitation, pollution, and poor management of this resource is severely impacting its future.

The National Capital Territory (NCT) of Delhi is located in a small sub-basin of the Yamuna River. With a rapidly growing population - the UN projects that by 2028, NCT of Delhi will become the world’s most populous urban agglomeration with a population above 37.22 million - NCT of Delhi’s daily water requirement is approximately 1,200 million gallons per day (MGD). 90% of this raw water comes from external sources, namely: Yamuna and Ravi-Beas Water (610 MGD), Ganga Water (253 MGD), and groundwater (90 MGD).

In recent years, the South and New Delhi areas have experienced declining groundwater levels: in January 2021, seven densely populated neighbourhoods, including Mehrauli, Saket, Delhi Cantonment, and Vasant Vihar recorded groundwater levels below 40m. Despite the increasing variability of groundwater levels as a result of climate-change induced changes to monsoon patterns, NCT of Delhi is abstracting more groundwater than is being recharged.

The main reasons for this decline in groundwater levels are (i) over-abstraction, including illegal bore wells, particularly in areas where piped water supply is inadequate; (ii) and rapid urbanisation. Increased urbanisation has reduced the natural recharge of aquifers - with most of the city heavily built with materials like concrete, there is limited scope for recharge via infiltration from surface runoff.

It's not just the quantity, but also the quality of the groundwater in Delhi that is of concern. Groundwater is becoming increasingly contaminated with untreated industrial effluents and sewage, that are discharged in the open and into drains, resulting in pollutants percolating in the groundwater system. Water salinity is also increasing in the South-West, West, North-West,  and Shahdara districts, as well as parts of the North district, with fluorides and nitrates found to be beyond permissible limits in numerous areas. High concentrations of heavy metals, manganese, and iron were noted in some places, with the groundwater at Kanjhawala, Janakpuri, Hareoli, Nizamuddin Bridge, and Jharoda kalan showing high concentrations of uranium. Additionally, the groundwater near the city’s three landfill sites at Bhalswa, Ghazipur, and Okhla is highly contaminated, with the levels of pollutants higher than the desired drinking water limit.

To prevent further deterioration, the actions recommended by the National Green Tribunal are being implemented, including the revival of water bodies and the sealing of illegal bore wells. In 2019, a 25-acre reservoir was created along the Palla floodplains to capture excess water from the Yamuna and recharge the groundwater table. The Quality Control Division of Delhi Jal Board, the city’s water utility agency, is regularly monitoring groundwater quality to work to ensure its fitness for drinking purposes.

Hub colleagues at IIT Delhi (IITD) are using the IITD campus as a prototype of the NCT of Delhi. Collaborating with the IITD administration’s ‘Smart Campus Initiative’, the team is building a comprehensive understanding of groundwater issues, by deploying scenario-based hydrological modelling approaches for both surface water and groundwater systems to understand their interaction. Using Unmanned Aerial Vehicles (UAVs) and drones, high-resolution aerial footage and data of the campus has been collected, and smart sensors have been installed to capture groundwater levels and monitor water quality. 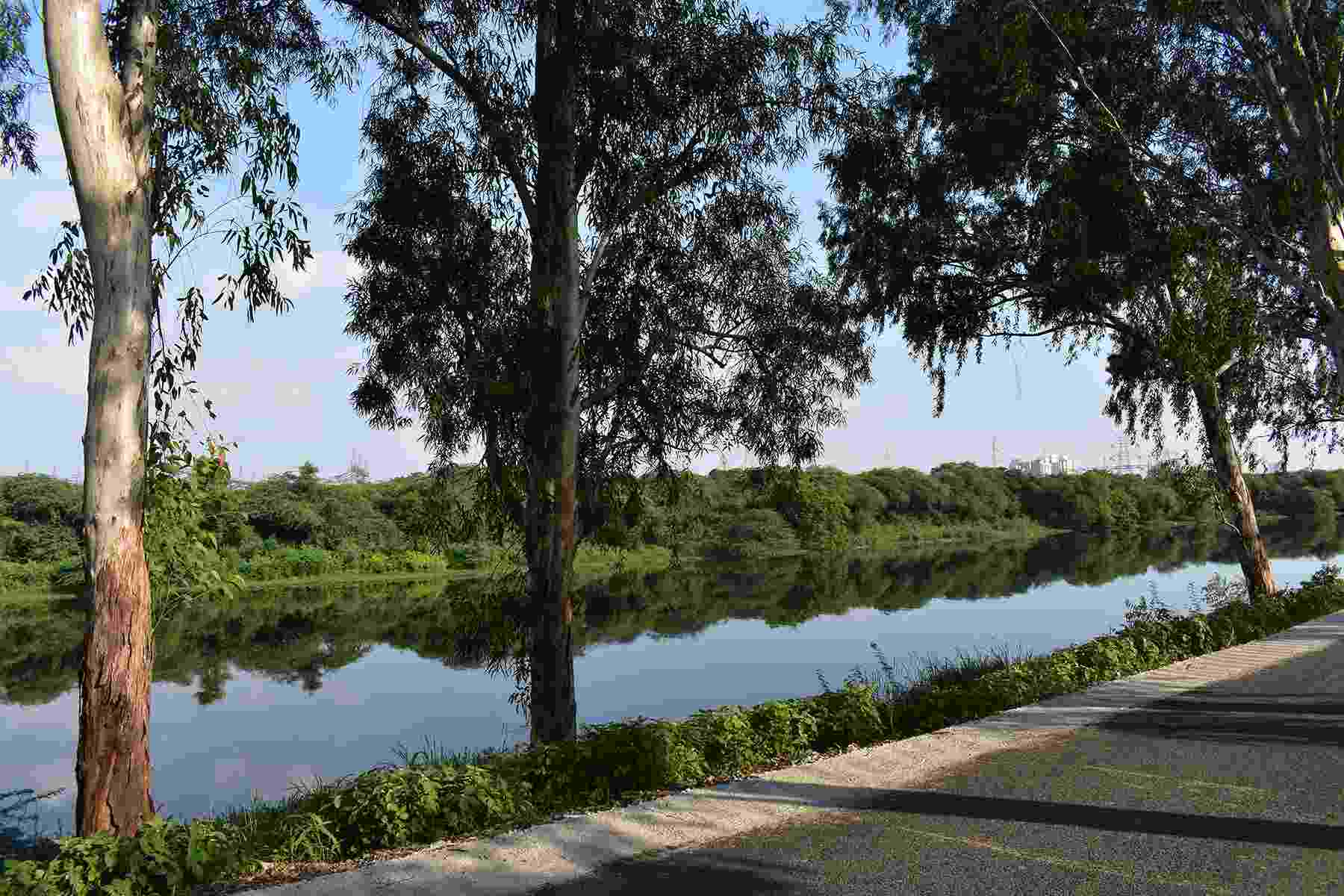 Nazafgarh Drain - one of Delhi's most polluted water bodies

Groundwater recharge estimates made through a surface water hydrological model called the Soil and Water Assessment Tool (SWAT) are being utilised as an input for the groundwater simulation model (MODFLOW), to facilitate investigations into the hydrodynamic impacts of different groundwater management options. This research will enable the collection of baseline data on groundwater conditions, which will in turn: allow assessment of groundwater’s overall contribution to total water availability; provide greater understanding of the influence of pumping on groundwater levels; allow analysis of water level fluctuations over time; and assist the identification of hotspots for recommended interventions.

Read more about the ongoing work in our India Collaboratory