Rapid urbanisation in developing countries presents a number of risks, one of which is the failure of infrastructure. As cities struggle to keep pace with growing populations and necessary investment, water, sanitation, and hygiene (WASH) infrastructure can end up stretched and stressed beyond capacity. In New Delhi, over 60% of the population is reliant on inadequate sanitation services, the majority of whom live in informal settlements or in urban poor households.

These communities are typically reliant on pit latrines, community toilets, or nearby public toilets for their daily basic needs. At times they are forced (or sometimes prefer) to defecate in the open. The lack of adequate sanitation facilities forces dwellers of informal settlements to use drains, open areas, and railway tracks. There are even reports of citizens using plastic bags that they later discard in dustbins (Biswas, 2020). The overall shortage of functional toilets in the city strongly impacts the most vulnerable: how they live, their ability to work, their education, their safety (including fear of assault), and many other problems. There are also risks associated with using community toilets. It is important to understand these risks to understand why people do not use community toilets and still prefer to defecate in the open. 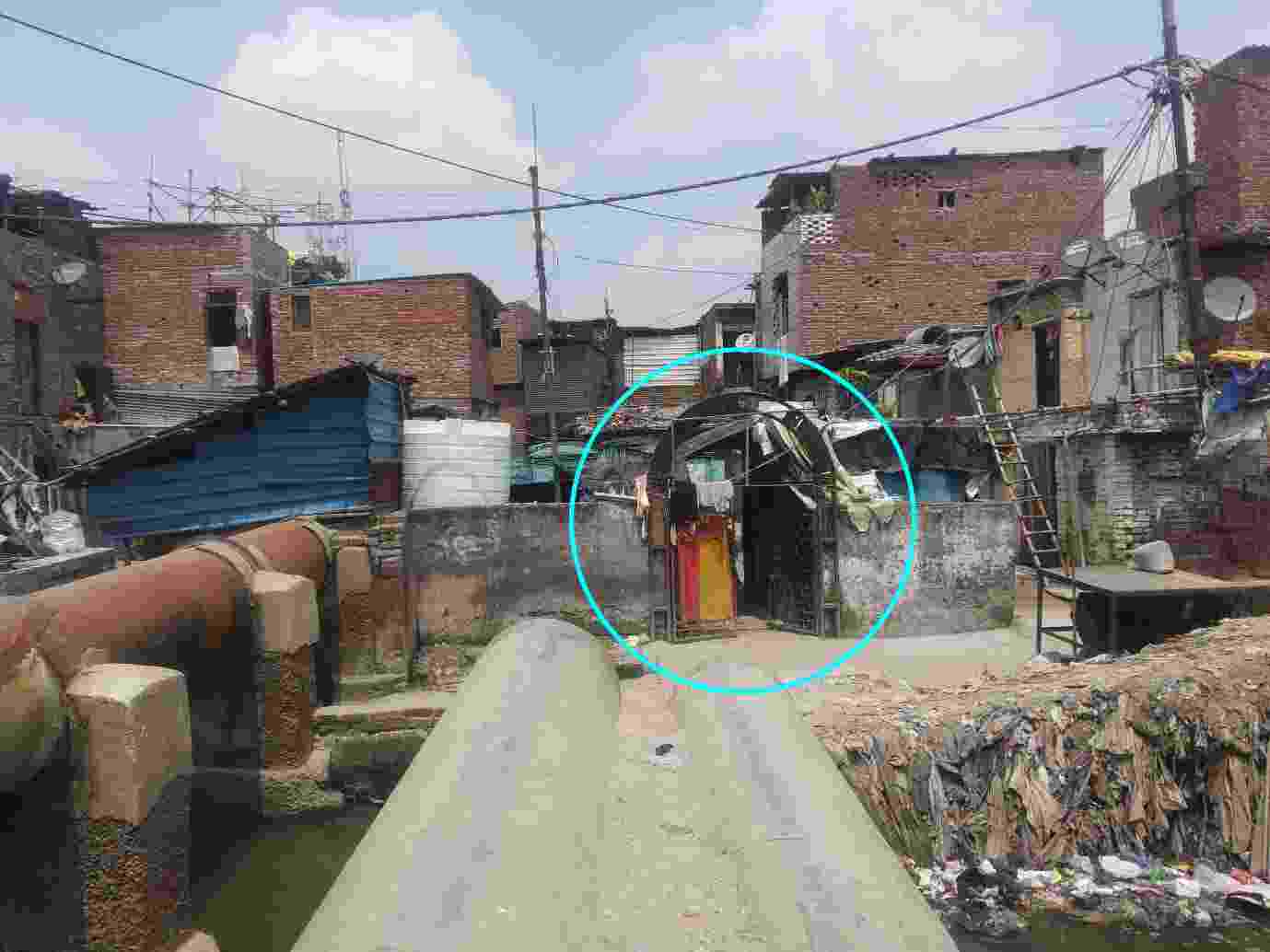 Main entrance of the community toilet in Indira Camp Part-II

The nodal agency responsible for the provision of basic services to these communities is Delhi Urban Shelter Improvement Board (DUSIB). The facilities provided to communities vary across the Barapullah sub-basin: some informal settlements have pucca (brick and mortar) community toilets, while others are provided with prefabricated cubicles (portable toilets) and mobile toilet vans. The facilities themselves are often poorly maintained, whilst faecal sludge generated by these toilets is unsafely managed, uncontained, and indiscriminately disposed of in the outskirts of New Delhi. Wastewater is also poorly managed, due to inadequate infrastructure leading to sewer network blockages and overflows, as well as improper treatment.

These challenges are exacerbated in informal settlements and low-income areas, which are frequently characterised by high population densities, high housing density, and the prevalence of inadequate sanitation facilities. The risks for groundwater pollution are significantly higher in informal settlements and low-income areas, which often have sanitation facilities located less than 10m radial distance from groundwater sources such as drains, rivers, and streams, whilst those in medium- and high-income areas are located further apart. During heavy rains the facilities become flooded and unusable. As a result of poor and infrequent maintenance, flooding leads to faecal sludge frequently flowing out from the facilities and mixing with floodwater, particularly around low-lying toilets. Because of the inadequate, unsafe, and low-quality sanitary infrastructure, faecal contamination is the most common groundwater pollution hazard, leading to significant public health risks, and increasing environmental pollution and impact on ecosystems.

Indira Camp Part-II is one of the informal settlements of the Barapullah sub-basin where prefabricated cubicles are provided. Indira Camp Part-II is made up of 541 households, with a total local population of 3,000 people living in nearly 900 jhuggis (houses typically made from mud and sheets of iron). The name of the camp comes from the mountainous waste site on which the community resides - the settlement is quite literally surrounded by garbage heaps and human excreta. 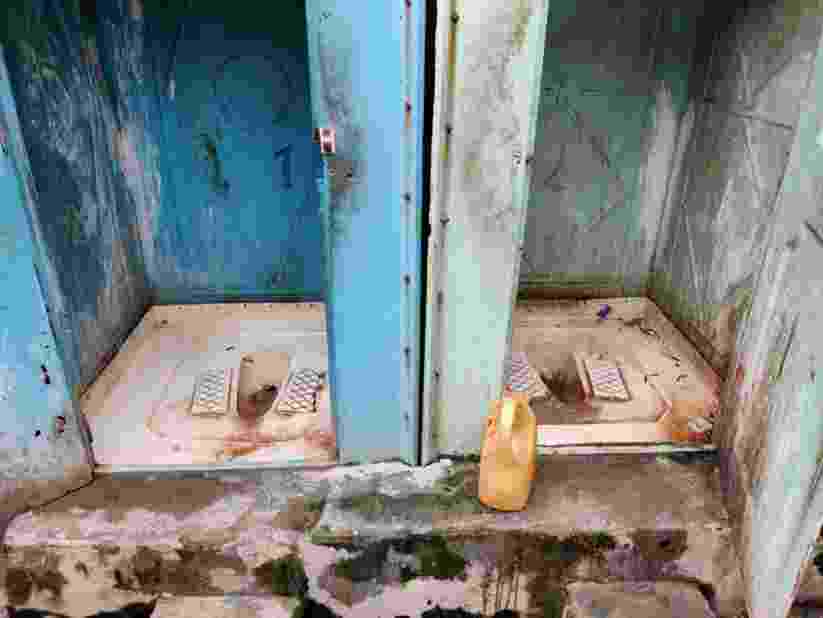 The only available toilet for the inhabitants of Indira Camp Part-II is a thatch-like structure consisting of 10 male portable cubicles and 10 female portable cubicles. The community toilet has a common entrance for both men and women and has no boundary wall, making females particularly vulnerable whilst using the facility. The portable toilets do not have a water connection and residents use dabba (jugs, tubs) to carry water inside the cubicle, making the facility inconvenient and inaccessible for the elderly and children of the community. At night, these portable toilets pose a risk to women: the toilets lack an electricity connection and act as a hotspot for men to intimidate women using the facility. The toilets are not maintained regularly - instead, the community is responsible for ensuring the facility’s upkeep. These challenges are exacerbated during the monsoon season. As the facility inevitably becomes flooded during the rains, the community toilets are not only inaccessible, but faecal sludge from the toilets spills out into the nearby drain, eventually flowing into the river, contaminating groundwater and surface water resources.

Poorly planned solutions intended to reduce open defecation have limited benefits and instead further expose the most vulnerable communities of cities to other types of risks. Therefore, simply providing basic community toilets is not the best solution to the problem of Delhi’s inadequate WASH infrastructure - better planned, integrated options must be found.