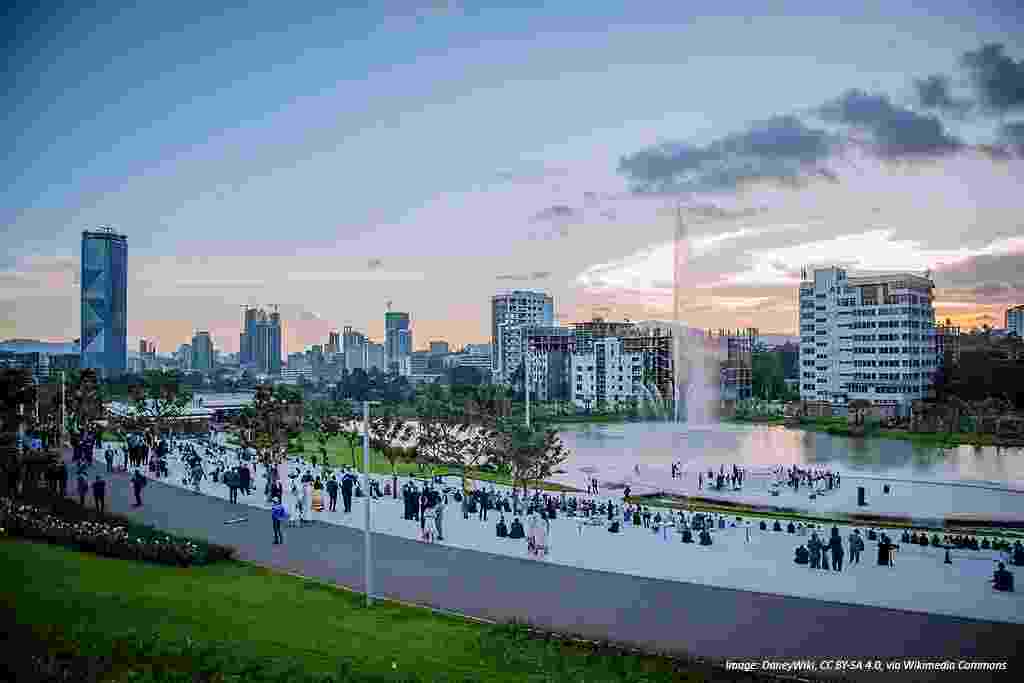 The recent expansion of industries in Addis Ababa is causing additional environmental pollution through wastewater discharges and this is becoming a critical concern. Located in the Upper Awash River Basin, Addis Ababa is the main source of industrial pollutants to the Awash River. In this study, physicochemical parameters, nutrients, and heavy metal content of wastewaters released from 16 factories, 6 tanneries, 6 beverages and 4 diverse factories, and the Akaki-Kaliti central wastewater treatment plant in Addis Ababa, were sampled to assess the level of pollutants.

Effluents from all of the tanneries, and a number of other factories, were found at levels higher than the maximum limits of various guideline standards. In addition, samples from two of the tanneries, two beverage factories, and the central wastewater treatment plant showed elevated concentrations of PO43-, which violated the limit (10 mg/l) set by the Environmental Protection Agency of Ethiopia (ETHEPA). The two tanneries also contained higher SO42- than the guideline limit of 1000 mg/l. On the other hand, only one factory, one brewery, exhibited NO3- above the standard limit of 20 mg/l. Whereas NH3, NH4+, Cl-, S2- and NO2- were within the limits in all the samples. Severe pollution was found in wastewaters from tanneries, where half of them contained Cr beyond the maximum limit of 2000 µg/l. Furthermore, a third of the tanneries and a beverage factory contained Fe, Mn, Zn and Cu, higher than the ETHEPA limits of 10000, 5000, 5000 and 2000 µg/l, respectively. Waste disposal from factories without proper treatment can cause great harm to the local people and the environment. Hence, the results of this study call for regulatory bodies to pay close attention to factories, particularly tanneries, in Addis Ababa in implementing adequate treatments of their wastewater discharges