In the Upper Awash Basin, Ethiopia: a cross-sectional study 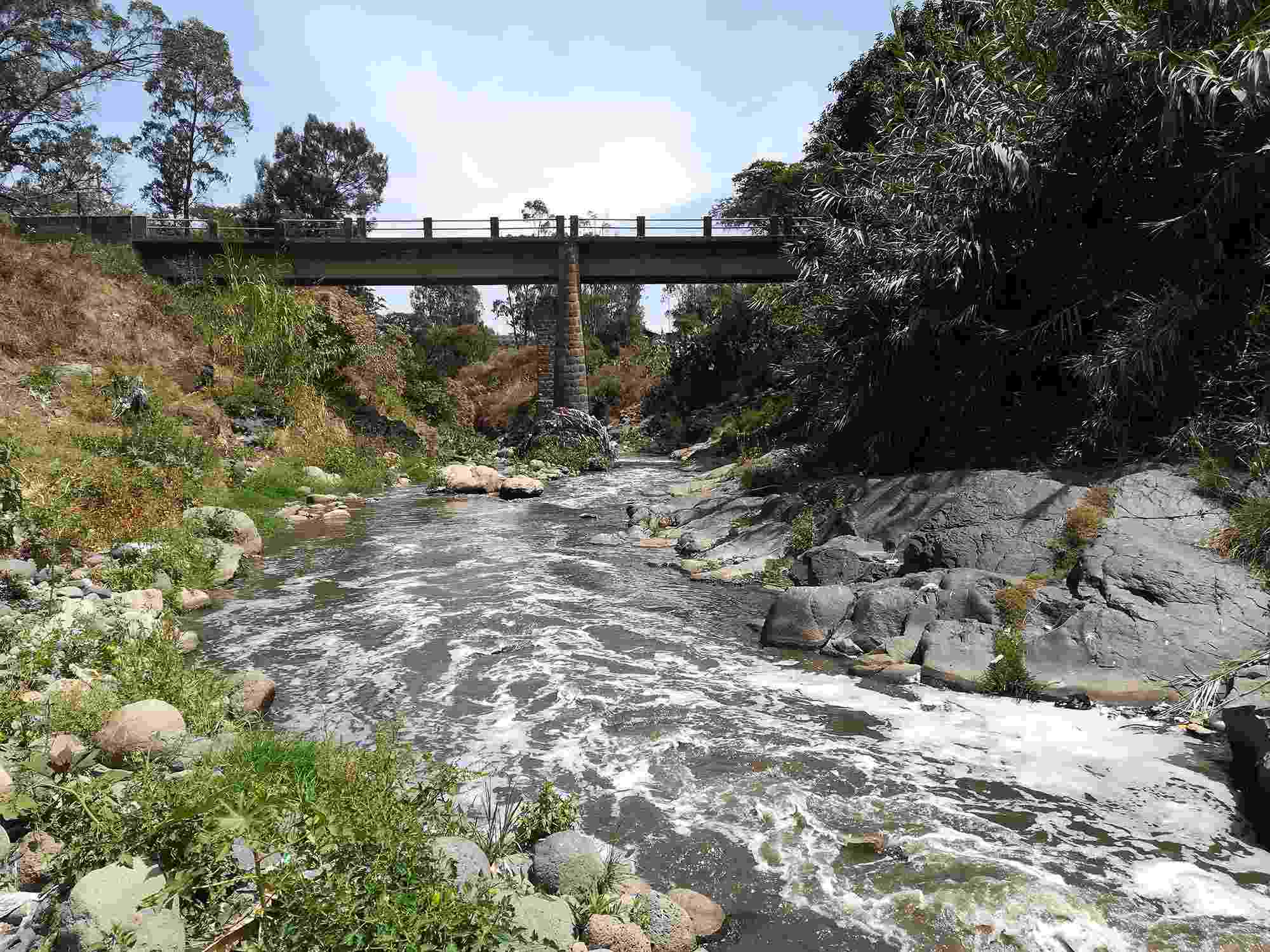 Part of the Akaki River, Ethiopia

The Akaki River in the Upper Awash Basin, which flows through Addis Ababa, the capital city of Ethiopia, has been highly polluted by sewage from factories and residential areas. A population-based cross-sectional study was used to assess the association between trace elements and kidney injury from residents living in polluted areas downstream (Akaki-Kality) versus upstream (Gullele) in Sub-Cities of Addis Ababa. A total of 95 individuals (53 from Akaki-Kality and 42 from Gullele) were included in the study. Kidney injury molecule 1 (KIM-1), lead, arsenic, cadmium, cobalt, lead, manganese, zinc, iron, copper, chromium, and nickel were evaluated in residents’ urine and nail samples. A large proportion (74%) of the sample population contained KIM-1, including 81% residents in Akaki-Kality and 64% residents in Gullele. KIM-1 was, however, not significantly different (p = 0.05) between the two Sub-Cities, with median of 0.224 ng/mL in Akaki-Kality and 0.152 ng/mL in Gullele. Most of the analysed elements, except Pb, As, Cd and Co, were found in all of the nail samples, with median (µg/g) in the range of 442‒714 Fe, 97.0‒246 Zn, 11.6‒24.1 Mn, 4.49‒5.85 Cu, 1.46‒1.66 Cr and 1.22‒1.41 Ni. The high incidence of KIM-1 indicates a potential for long term renal tubular damage among residents of the Sub-Cities. The concentrations of the elements in nails were, however, not significantly associated (p = 0.05) with the corresponding levels of KIM-1 in urine. Hence, the observed KIM-1 might be related to exposure to toxic substances or factors other than those included in this study.