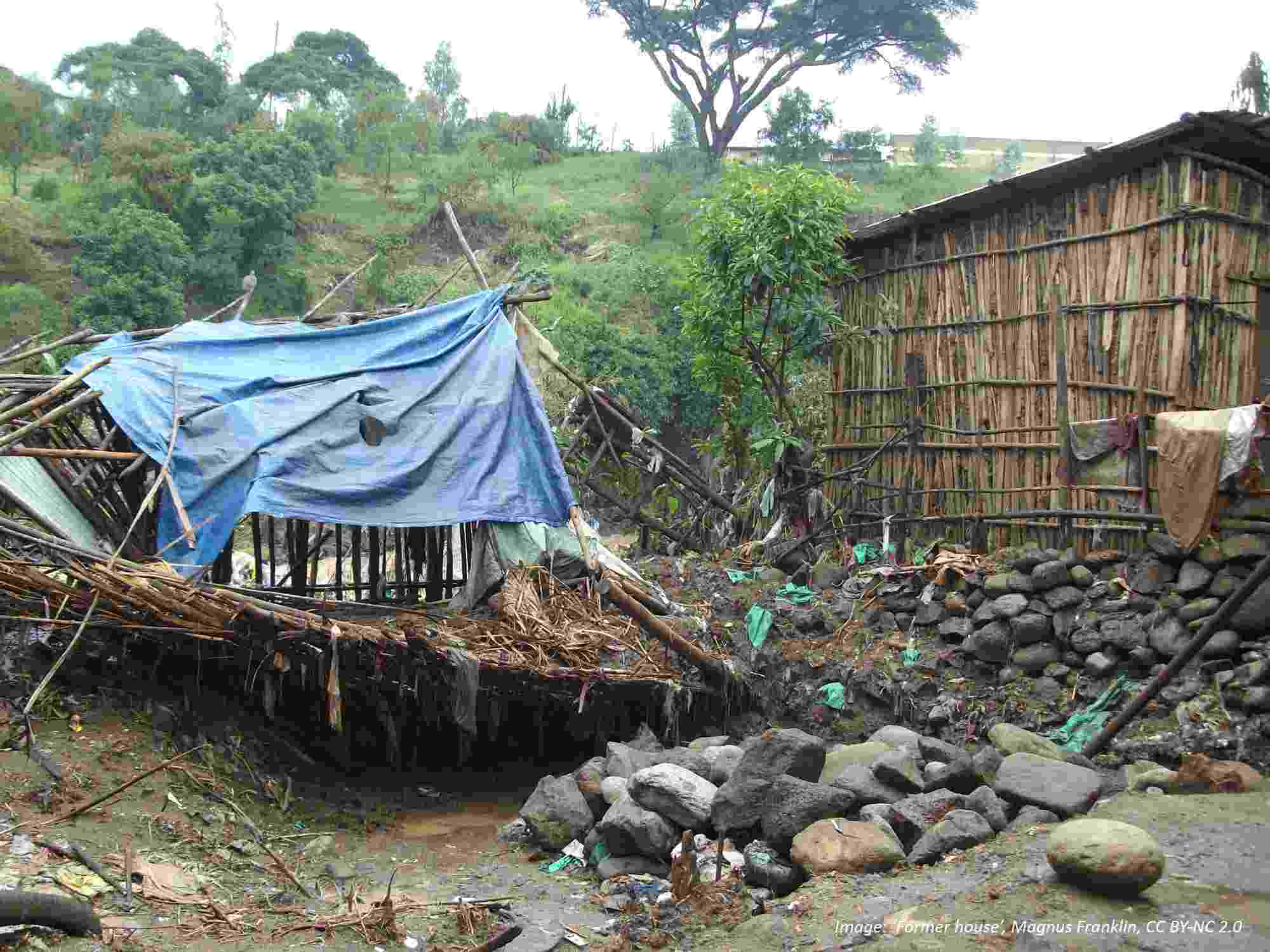 A former house, washed away by Akaki River flood waters in Addis Ababa

Globally, 65% of disasters occur due to natural causes (IFRC 2018), where floods have been reported as the most frequent (UNDP/BCPR 2004). Recent decades have witnessed an increasing risk of flood hazards that is likely to continue impacting the world, calling for the development of strategies to help prevent risks, reduce vulnerability, and embed preparedness to adapt to and better respond to disaster (Norizan et al 2021).

Early Warning Systems (EWS) are one of the key elements of Disaster Risk Reduction, focused on “preparedness”. Community-based initiatives in early warning systems can help to address local hazards at a local scale (Wolff 2021), with communities engaged to collect, assess, monitor, and disseminate hazard risk information to those at risk and facilitate emergency plans or responses (IFRC 2012). Community-based initiatives in early warning systems have been a popular concept since the early 2000s (EWC 2003) for several reasons: enabling empowerment by providing space for communities in development, science, and decision-making processes; helping to embed sustainability by allowing design of demand driven systems that integrate multiple knowledge types (including experiential and scientific knowledge of communities); and helping to increase performance by improving early warning system reliability, accuracy, credibility, and salience.

The Akaki is a headwater catchment of the Awash Basin that encompasses Addis Ababa, the capital city of Ethiopia, and several other agglomerated towns. The number of inhabitants in the catchment area has rapidly increased in a short space of time due to massive urban-rural migration, triggering the expansion of impervious surfaces and illegal settlements without the provision of adequate drainage infrastructures. Furthermore, sloping, mountainous topography; availability of three regulated reservoirs; and intense rainfall in the catchment have increased flooding in the area, leading to an increase since 2015 in flood hazard vulnerability of marginalised groups living in the Akaki floodplain areas.

To protect at-risk communities from flood damage, formal EWS by government agencies disseminate early warning information using one-way communication channels such as mass media, sirens, and gunshots, with communities regarded as recipients of the information. Additionally, communities use their own informal communication channels like door-to-door visits, phone calls, text messages, whistles, shouting, and gunshots networks to disseminate warnings. However, the warning information lacks reliable details and specificities in time and magnitude, resulting in common losses of crops, livestock, property, and community assets. Amongst other issues, this is driven by a lack of mechanisms to integrate the four elements of the formal EWS with activities of local people: risk knowledge, monitoring and warning, communication and dissemination, and response capacity. According to the UNDRR 2005 reports, engaging communities across the four elements of EWS enhances performance of the system i.e., reliability, accuracy, credibility, and salience. 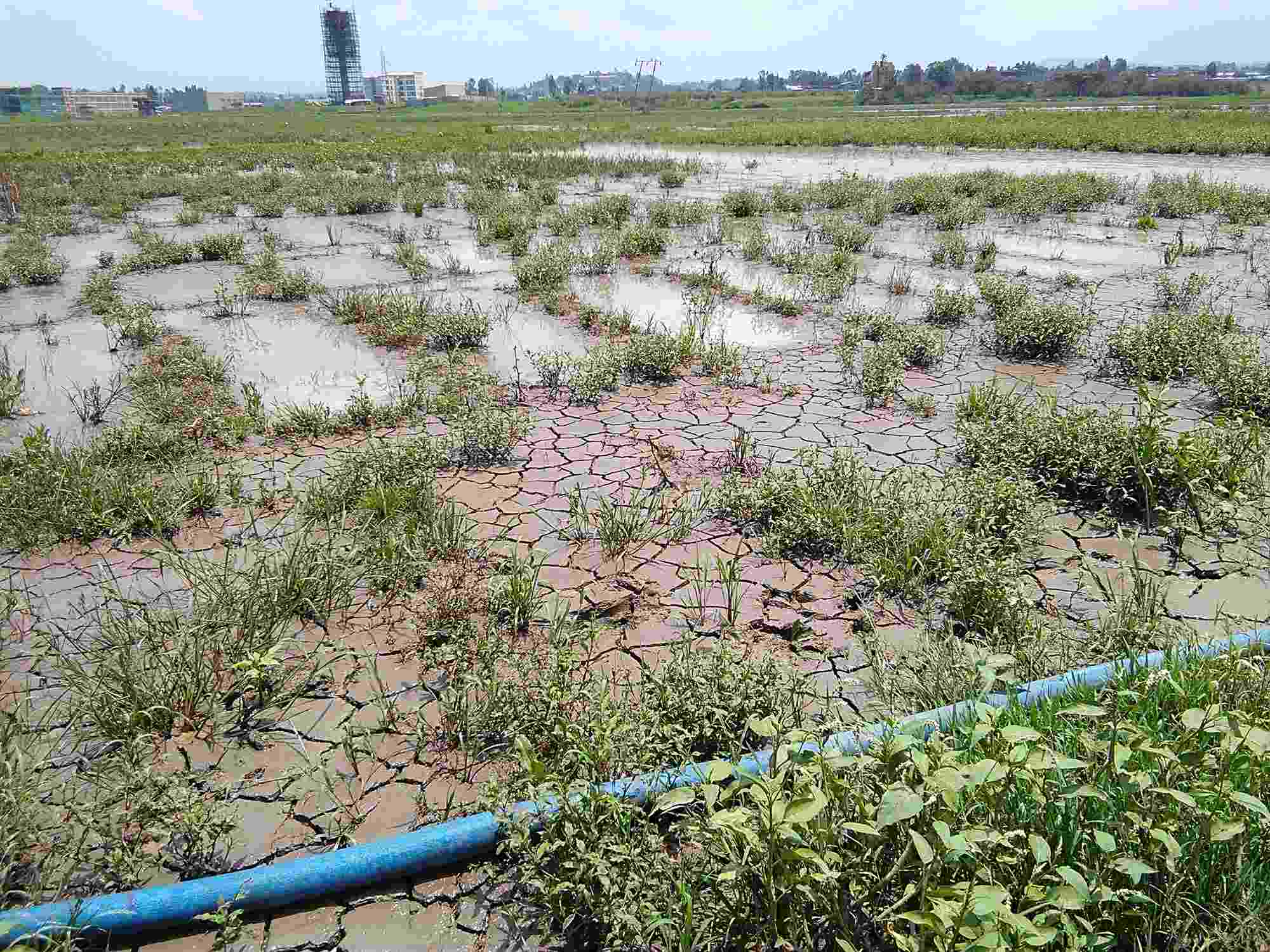 A flooded farm located mid-stream of the Akaki river. The flood water and silt damages crops.

The “Addis Ababa Adaptation Network” platform was established in order to create a space for stakeholders to come together to share feedback and learn from each other about their differing roles and perspectives, a crucial part in improving the functionality of the four components in early warning systems. This transdisciplinary collaboration amongst stakeholders, where all involved can come together to co-generate knowledge, and co-design and co-test flood early warning systems in their localities, enables the creation of a tailored system that meets the needs of diverse social groups.

Using participatory approaches, visits, and the journals of nine citizen scientists (three women and six men), it was possible to co-generate and exchange knowledge among participants via the stakeholder platform, integrating the experiential and traditional flood knowledge of communities with scientific knowledge on rainfall forecast, flood hazards, and discharge from the Legedadi Reservoir. Graduate students of AAU were engaged in research, while flood water release from Legedadi was determined and communicated by AAWSA.

To complement the already existing one-way formal communication network implemented by the government and the informal warning communication network by communities (including door-to-door visits, phone calls, text messages, whistles, shouting, and gunshots network), a two-way direct communication link between communities and other stakeholders was established to disseminate warning information in a reachable and timely manner.

Preliminary assessment results indicate integration of formal EWS with activities at a community level across the three EWS elements mentioned above increases response capacity of diverse social groups. By receiving warning information in time, the response capacities of people whose houses are flooded, and people engaged in different livelihood activities such as vegetable production, livestock production, and sand mining has increased. 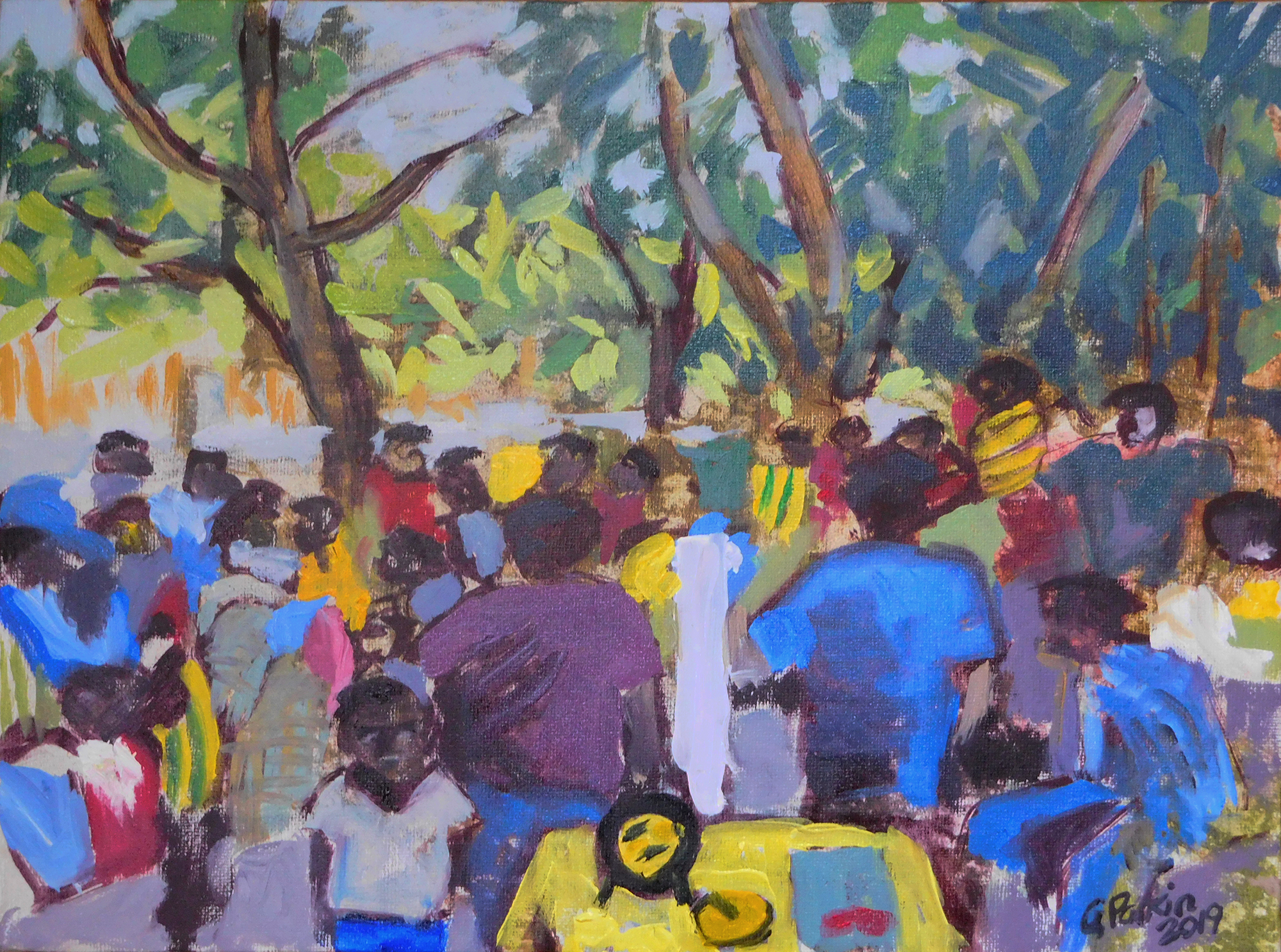 The CBFEWS in the Akaki catchment is a simple, low-cost, and efficient EWS established and managed by communities by mobilising local resources. It is being continuously revised and enhanced through performance evaluation at the end of each flood season, including the implementation of community-led ideas and suggestions from stakeholders, to improve the system for the next flood season.

Wolff, E., 2021. The promise of a “people-centred” approach to floods: Types of participation in the global literature of citizen science and community-based flood risk reduction in the context of the Sendai Framework. Progress in Disaster Science, 10, p.100171.