Effect of the tide on flood modelling and mapping in Kota Tinggi, Johor, Malaysia 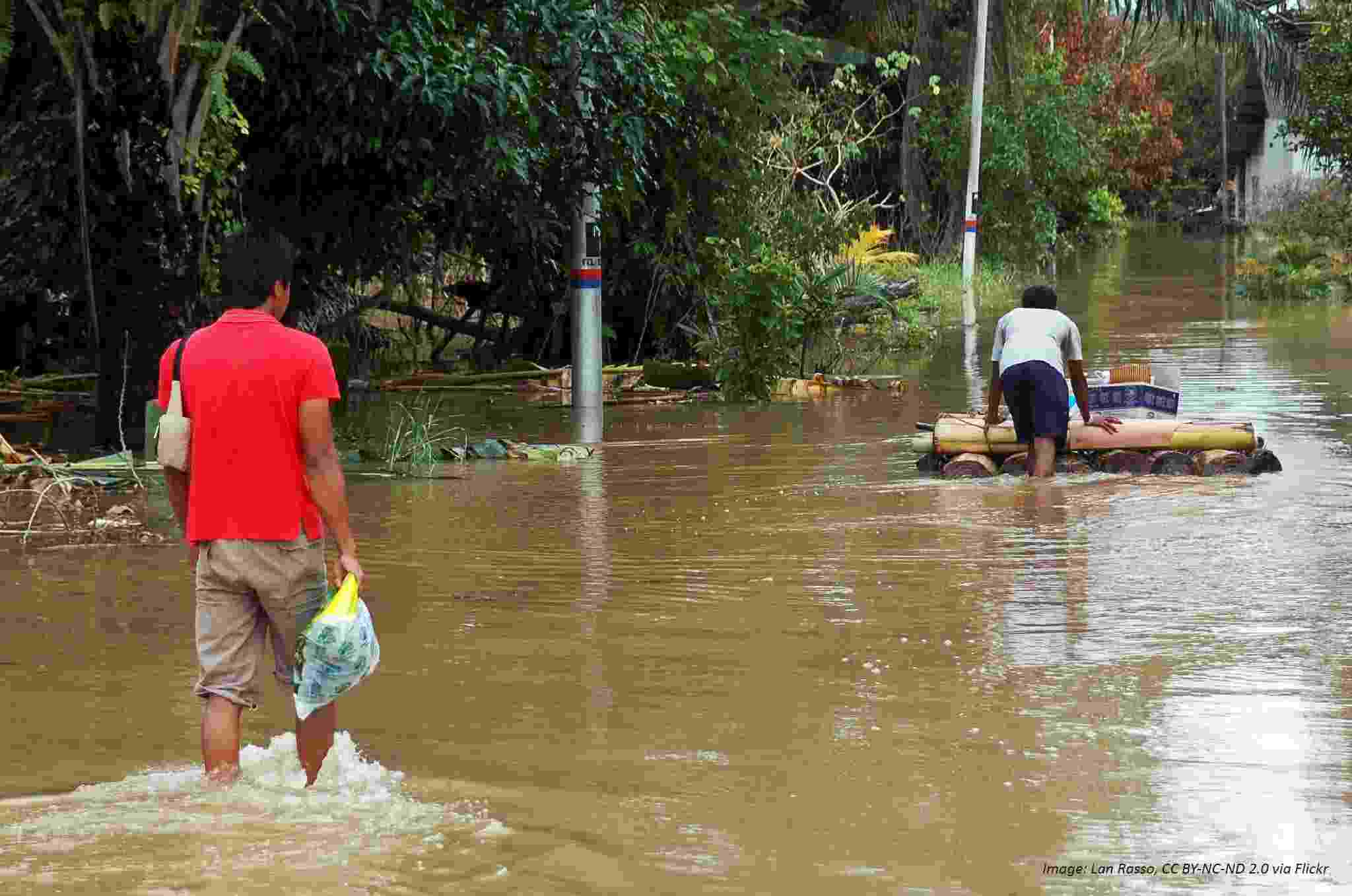 The aim of this study is to map the Kota Tinggi flood event of 2006/07 that caused massive damages to both properties and the environment. The flood was associated with unusually high intensity and continuous rainfall and the high tide. A reliable technique of floodplain mapping is crucial for the improvement of flood control strategies and for preparing an evacuation plan.

The main objective of this study is to incorporate the effect of tides on flood modelling analysis. The inundated areas were mapped for various annual recurrent intervals (ARI) using peak flow data from 1965-2010. The study used Light Detection and Ranging data for flood modelling using HEC-HMS, HEC-RAS, and HEC-GeoRAS. The Generalized Extreme Value model was found to be the best fit for the annual flood simulation. The HEC-HMS hydrologic model was calibrated and validated using observed hydrographs in September 2002 and January 2003, respectively. Due to riverbank overflow, the level-discharge rating curve during flood events is not valid, causing underestimation of the peak flow in the observed flow. Therefore, the simulated hydrographs which model the actual peak flow provide more reasonable results of 625.3 m3/s for the December 2006 flood, and 743.9 m3/s for the January 2007 flood. The modelling took into account the tidal effect. When the tidal effect was not considered, the simulated flood depth was 43% lower than the observed flood. However, the inclusion of the tidal effect has reduced the simulation error with an average similarity with the observed flood at 91.4% based on site verification. The simulation results show that the river flow starts to over bank for ARIs exceeding 25 years.